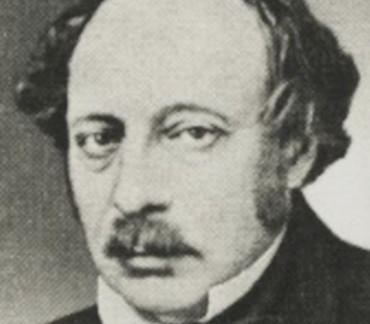 Arnold Ruge was a German philosopher and political writer. He was the older brother of Ludwig Ruge. He was associated with the Young Hegelians. In 1837 with E. T. Echtermeyer he founded the "Hallesche Jahrbücher für deutsche Kunst und Wissenschaft", that were finally suppressed by the government in 1843. In the revolutionary movement of 1848, he organized the extreme left in the Frankfurt parliament, and for some time he lived in Berlin as the editor of the journal "Die Reform". His works include "Manifest an die deutsche Nation" (1866), "Revolutionsnovellen" (1850), "Die Loge des Humanismus" (1851), and his autobiography "Aus früherer Zeit" (1863-67).