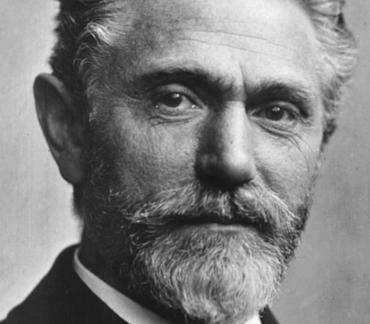 As a young man, Bebel apprenticed as a carpenter and joiner in Leipzig. Like most German workmen at that time, he traveled extensively in search of work and he thereby obtained a first-hand knowledge of the difficulties facing the working people of the day. He is best remembered as one of the founders of the" Social Democratic Workers' Party of Germany" in 1869, which in 1875 merged with the "General German Workers' Association" into the "Socialist Workers' Party of Germany". During the repression under the terms of the Anti-Socialist Laws, Bebel became the leading figure of the social democratic movement and from 1892 until his death served as chairman of the "Social Democratic Party".