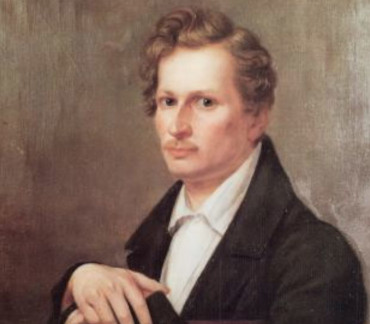 Karl August Georg Maximilian Graf von Platen-Hallermünde was a German poet and dramatist. In 1818 he entered Würzburg University as a student of philosophy and philology, before moving to Erlangen a year later. As a result of his Oriental studies Platen published a little volume of poems, "Ghaselen" (1821), each consisting of ten to twenty verses, in which he imitates the style of Rückert, followed by "Lyrische Blätter" (1821), "Spiegel des Hafis" (1822), "Vermischte Schriften" (1822), and "Neue Ghaselen" (1823). His most famous poem "Tristan" was published in 1825. A year later he visited Italy, which he henceforth made his home, living at Florence, Rome and Naples.