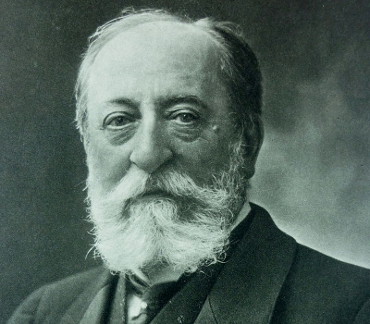 Camille Saint-Saëns was a French composer, organist, conductor and pianist of the Romantic era. His best-known works include Introduction and Rondo Capriccioso (1863), the Second Piano Concerto (1868), the First Cello Concerto (1872), Danse macabre (1874), the opera Samson and Delilah (1877), the Third Violin Concerto (1880), the Third ("Organ") Symphony (1886) and The Carnival of the Animals (1887). His teaching post, at the École de Musique Classique et Religieuse in Paris, was important in the development of French music: his students included Gabriel Fauré, among whose own later pupils was Maurice Ravel. Both of them were strongly influenced by Saint-Saëns, whom they revered as a genius.