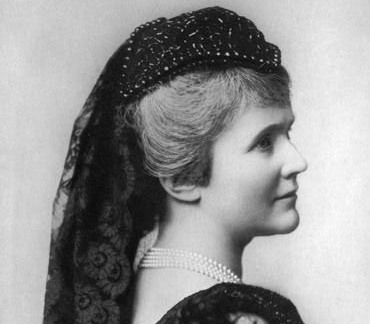 Elisabeth of Wied first met Prince Karl of Hohenzollern-Sigmaringen in Berlin in 1861. In 1869, Karl, who was now Prince Carol of Romania, traveled to Germany in search of a suitable consort. He was reunited with Elisabeth, and the two were married in 1869. Early distinguished by her excellence as a musician, and painter; but a lively poetic imagination led her to the path of literature, and more especially to poetry, folk-lore and ballads. She took on the literary name "Carmen Sylva" publishing her earliest poems"Sappho" and "Hammerstein" which appeared at Leipzig in 1880. Several of the her works were written in collaboration with Mite Kremnitz, one of her maids of honor.