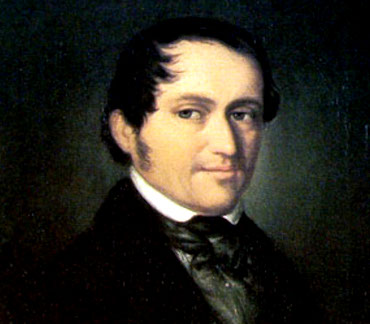 Johann Gottlob Friedrich Wieck was a noted German piano teacher, voice teacher, owner of a piano store, and author of essays and music reviews. He is remembered as the teacher of his daughter, Clara, a child prodigy who was undertaking international concert tours by age eleven and who later married her father's pupil Robert Schumann, in defiance of her father's extreme objections. As Clara Schumann, she became one of the most famous pianists of her time. Other pupils included Hans von Bülow. His best known work "Piano and Song: How to Teach, How To Learn, and How to Form a Judgment of Musical Performances" was published in German in 1853.