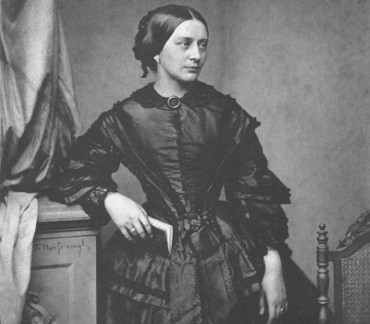 Clara Schumann is considered one of the most distinguished pianists of the Romantic era. She exerted her influence over a 61-year concert career, changing the format and repertoire of the piano recital and the tastes of the listening public. Her husband was the composer Robert Schumann. Together they encouraged Johannes Brahms. She was the first to perform publicly any work by Brahms. She later premiered some other pieces by Brahms, notably the Variations and Fugue on a Theme by Händel. Schumann was one of the first pianists to perform from memory, making that the standard for concertizing.