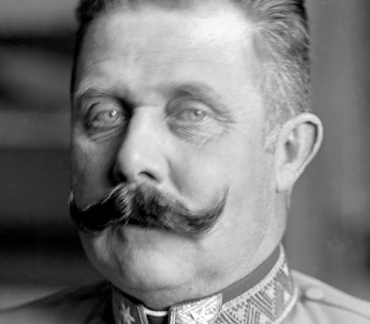 Franz Ferdinand was the eldest son of Archduke Karl Ludwig of Austria, the younger brother of Emperor Franz Joseph I. Following the suicide of Crown Prince Rudolf in 1889 and the death of Karl Ludwig in 1896, Franz Ferdinand became the heir presumptive to the Austro-Hungarian throne. His courtship of Sophie Chotek, a lady-in-waiting, caused conflict within the imperial household. In 1914, Franz Ferdinand and his wife were assassinated in Sarajevo by the 19-year-old Gavrilo Princip, a member of Young Bosnia. His assassination triggered a series of events that eventually led to Austria-Hungary's allies and Serbia's allies declaring war on each other, starting World War I.