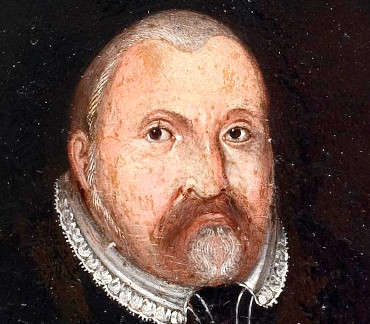 Frederick, Elector Palatine of the Rhine, was a ruler from the house of Wittelsbach, a son of John II of Simmern and inherited the Palatinate from the childless Elector Otto-Henry, Elector Palatine (Ottheinrich) in 1559. He was a devout convert to Calvinism, and made the Reformed confession the official religion of his domain by overseeing the composition and promulgation of the Heidelberg Catechism, prepared by a committee of theologians and ministers likely led by the famous Zacharius Ursinus. In the celebration of the Lord's Supper the breaking of bread was introduced. His support of Calvinism gave the German Reformed movement a foothold within the Holy Roman Empire.