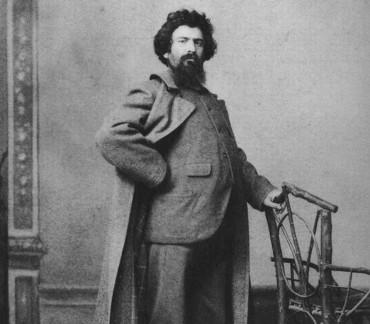 Segantini was known for his large pastoral landscapes of the Alps. He was one of the most famous artists in Europe in the late 19th century, and his paintings were collected by major museums. In later life he combined a Divisionist painting style with Symbolist images of nature. More than anything else, Segantini's work represents the quintessential transition from traditional nineteenth-century art to the changing styles and interests of the twentieth century. He began with simple scenes of common people living off of the earth and moved toward a thematic symbolist style that continued to embody the landscapes around him while intertwining pantheistic images representing "a primeval Arcadia".