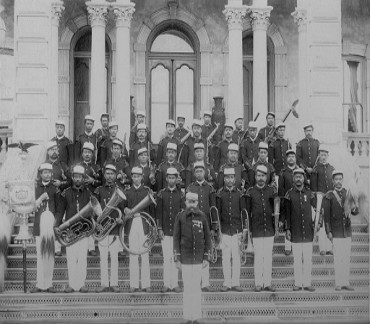 The Prussian-born musician Berger took it upon himself to record traditional Hawaiian hymns, chants and other Hawaiian music in print to ensure their survival, a task never done before. Berger at the same time composed the classics: "The Hula March", "Hilo March", "Kohala March" and "Sweet Lei Lehua". His arrangement of "Hawai ’i Pono ’i", with text by Kalākaua in honor of Kamehameha became the national anthem. Today, the song serves as the state anthem. Berger combined German, Austrian and Hawaiian traditions in his unique compositions and performed with the Royal Hawaiian Band thousands of times, making Hawaiian music known and popular in many countries.