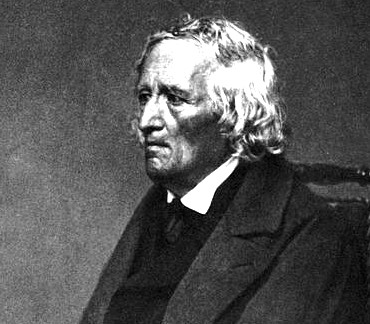 Jacob Grimm was the son of a Hessian official and older brother of Wilhelm Grimm. He studied law at the University of Marburg, but soon shifted his interest to old German literature. After working as an official, diplomat and librarian, he became a professor in Göttingen in 1830. As one of the "Göttingen Seven", he had to leave his position in 1837 and moved to teach Berlin. Jacob Grimm is considered to be the founder of German philology. Together with Wilhelm, he published the "Children's and Household Tales of the Brothers Grimm" (1812-1815) and the "German Dictionary" (from 1838). The lasting fame of the Brothers Grimm is due to these groundbreaking works.