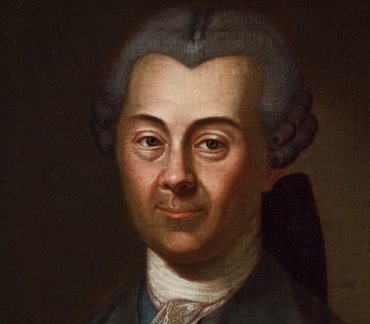 Johann Peter Uz was a German poet. He studied law in 1739–43 at the university of Halle, where he associated with the poets Johann Gleim and Johann Nikolaus Götz, and in conjunction with the latter translated the odes of Anacreon (1746). In 1748 Uz was appointed unpaid secretary to the Justizcollegium, an office he held for twelve years; in 1763 he became assessor to the imperial court of justice at Nuremberg, in 1790 was made a judge. His two volumes of poems, "Lyrische Gedichte" (1749) and "Lyrische und andere Gedichte" (1755) are examples of rococo poetry, while he wrote philosophic and moral poems, such as "Theodicee" (1755), as well.