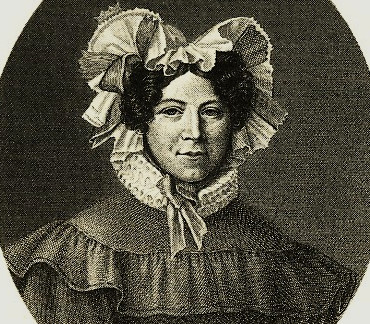 Johanna Schopenhauer, née Trosiener, was a German author. She is today known primarily for being the mother of Arthur Schopenhauer. In Weimar she gained a high reputation as a salonnière and for years to come her semiweekly parties were attended by several literary celebrities. Her fiction work turned her into the most famous woman author in Germany for a little more than a decade. Her best known novels are "Gabriele" (1819-20), "Die Tante" (1823) and "Sidonia" (1827-28). She also published travelogues, the one to England and Scotland being translated into English by Chapman & Hall — Johanna's only book to be introduced to the Anglophone world since the turn to the 20th century.