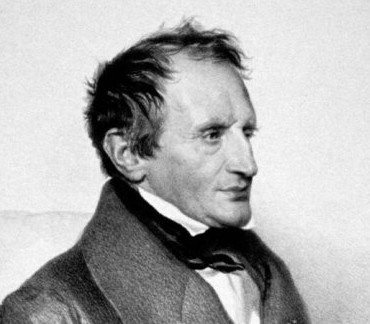 Baron Joseph Freiherr von Hammer-Purgstall was an pioneering Austrian orientalist and historian. Entering the diplomatic service in 1796, he was appointed in 1799 to a position in the Austrian embassy in Istanbul, and in this capacity he took part in the expedition under Admiral William Sidney Smith and General John Hely-Hutchinson against France. In 1807 he returned home from the East, after which he was made a privy councillor. For fifty years Hammer-Purgstall wrote prolifically on the most diverse subjects and published numerous texts and translations of Arabic, Persian and Turkish authors. He was the first to publish a complete translation of the divan of Hafez into a western language.