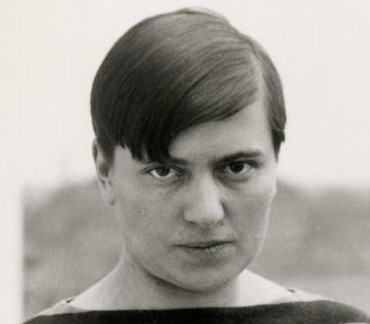 Brandt (née Liebe) studied at the Bauhaus art school in Weimar under Hungarian modernist theorist and designer László Moholy-Nagy and later became head of the Bauhaus Metall-Werkstatt (Metal Workshop) in Dessau in 1927. After leaving the Bauhaus for Berlin in 1929, Brandt worked for Walter Gropius in his Berlin studio. In 1939 she became a member of the "Reichskulturkammer," the Nazi regime's official artists' organisation, in order to obtain art supplies, but she never was a member of the Nazi party. Today, Brandt's designs for household objects such as lamps, ashtrays and teapots are considered timeless examples of modern industrial design. She also created photomontages.