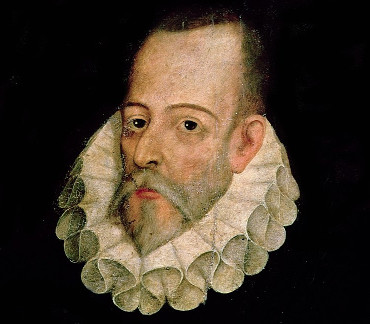 Miguel de Cervantes Saavedra, who is widely regarded as the greatest writer in the Spanish language spent much of his adventurous life in poverty. In 1570, he enlisted in the Spanish Navy and was badly wounded at the Battle of Lepanto. Captured by pirates in 1575 he spent five years in captivity until he was ransomed. His first significant novel, 'La Galatea', was published in 1585, but he continued to work as a tax collector. The 1605 publication of the first part of 'Don Quixote' finally brought Cervantes great success. Together with the second part, published in 1615, 'Don Quixote' is sometimes considered the first modern novel, and among the most influential works of fiction ever written.