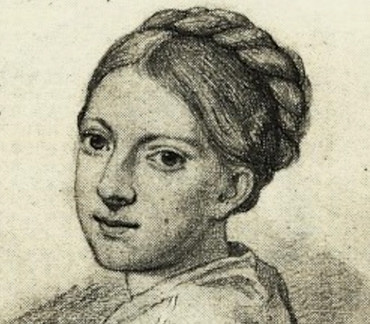 Ottilie von Goethe, born von Pogwisch, arrived in Weimar with her mother in 1806, where she first became friends with Adele Schopenhauer, who was about the same age. On June 17, 1817, she married August von Goethe and moved to the house of her famous father-in-law. Although the marriage, from which three children were to emerge, was unhappy, Ottilie had a strong connection to Johann Wolfgang von Goethe. Even after August's death in 1830, she stayed with her father-in-law, whom she supported with literary projects. When Goethe died in 1832 Ottilie left Weimar for several years but eventually returned to the family home.