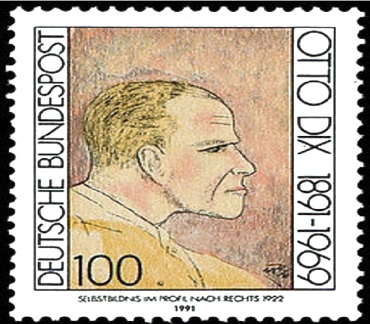 Otto Dix is noted for his ruthless and harshly realistic depictions of Weimar society and the brutality of war. Along with George Grosz, he is widely considered one of the most important artists of the Neue Sachlichkeit. When the Nazis came to power in Germany, they regarded Dix as a degenerate artist and had him sacked from his post as an art teacher at the Dresden Academy. Dix, like all other practising artists, was forced to join the Nazi government's Reich Chamber of Fine Arts, a subdivision of Goebbels' Cultural Ministry (Reichskulturkammer). His paintings that were considered "degenerate" were discovered among the 1500+ paintings hidden away by an art dealer and his son in 2012.