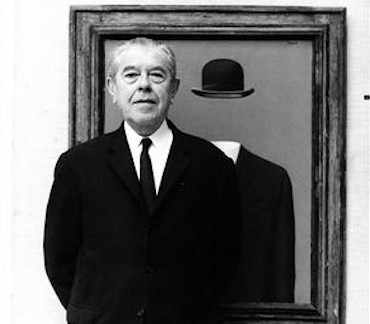 Magritte became well known for a number of witty and thought-provoking images that fall under the umbrella of surrealism. His work is known for challenging observers’ preconditioned perceptions of reality. The Magritte Museum opened to the public on 30 May 2009 in Brussels. Housed in the five-level neo-classical Hotel Altenloh, on the Place Royale, it displays some 200 original Magritte paintings, drawings and sculptures. His work was exhibited in the United States in New York in 1936 and again in that city in two retrospective exhibitions, one at the Museum of Modern Art in 1965, and the other at the Metropolitan Museum of Art in 1992.