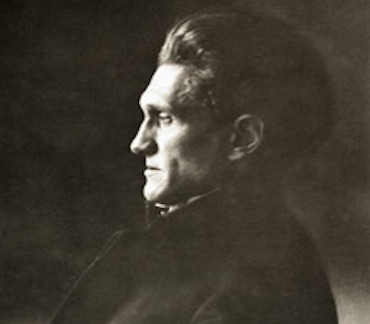 George’s poetry is characterized by an aristocratic and remote ethos; his verse is formal in style, lyrical in tone, and often arcane in language, being influenced by Greek classical forms, in revolt against the realist trend in German literature at the time. Believing that the purpose of poetry was distance from the world – he was a strong advocate of art for art’s sake – George’s writing had many ties with the French Symbolist movement and he was in contact with many of its representatives, including Stéphane Mallarmé and Paul Verlaine. George was an important bridge between the 19th century and German modernism, even though he was a harsh critic of the then modern era.