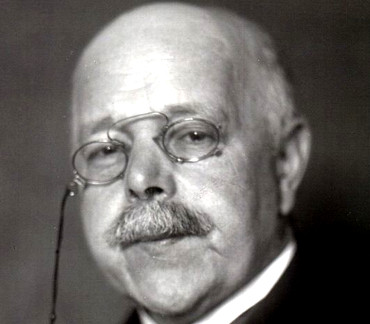 Walther Hermann Nernst was a German chemist known for his work in thermodynamics, physical chemistry, electrochemistry, and solid state physics. In 1905, he proposed his "New Heat Theorem", later known as the Third law of thermodynamics, for which he won the 1920 Nobel Prize in Chemistry. His celebrated textbook "Theoretical Chemistry" was translated into English, French, and Russian. He also derived the Nernst equation for the electrical potential generated by unequal concentrations of an ion separated by a membrane that is permeable to the ion. His equation is widely used in cell physiology and neurobiology.