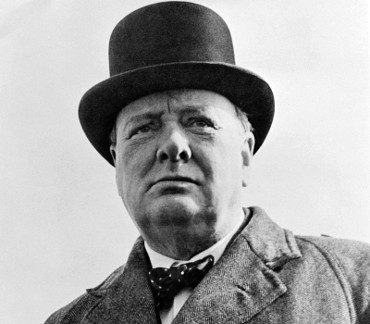 Churchill was the Prime Minister of the United Kingdom from 1940 to 1945 and again from 1951 to 1955. Widely regarded as one of the greatest wartime leaders of the 20th century, Churchill was also an officer in the British Army, a historian, a writer (as Winston S. Churchill), and an artist. He won the Nobel Prize in Literature, and was the first person to be made an honorary citizen of the United States. His steadfast refusal to consider surrender helped inspire British resistance, especially during the difficult early days of the war when the British Commonwealth and Empire stood alone in its active opposition to Adolf Hitler.