One of several impressions of this pamphlet, all published simultaneously, about the Treaty of Karlowitz signed on 26 January 1699 in Sremski Karlovci (today in Serbia), which ended the Austro-Ottoman War of 1683-97 after the Ottoman side had been defeated at the Battle of Zenta. 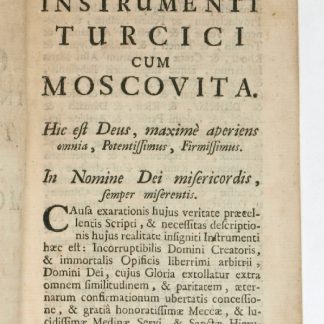