Encompassing study of the Ottoman Empire in the late 17th century, at a time when its power in Europe was waning, but it remained a force to be reckoned with. Rare, especially when including the 4th volume ("Suite de l'Etat general de l'Empire otoman [...] Quatrieme tome") which contains accounts of the state of the Greek, Armenian and Maronite churches in the Ottoman Empire. "According to the Gennadius Library, this was translated by Petis de la Croix and edited by La Croix. In fact the privilege is ceded to La Croix, former secretary of the French embassy at Constantinople. It seems likely that there must be a family connection between the two, although the original family of Petis de la Croix was Petis, not La Croix" (Atabey). 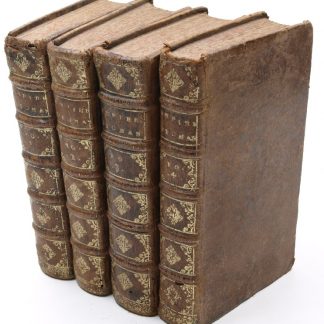