First issue of the Leipzig edition, the second printing ever. Greek text throughout; Victorinus Strigel issued a Latin translation (not present here) to accompany it.

Theodoret, bishop of Cyrus (ca. 393-458) was an influential theologian of the School of Antioch. He played a pivotal role in several 5th century Byzantine Church controversies that led to various ecumenical acts and schisms and is considered "one of the principal Greek writers of the 5th century" (Tusc. Lex. Lit., p. 254). 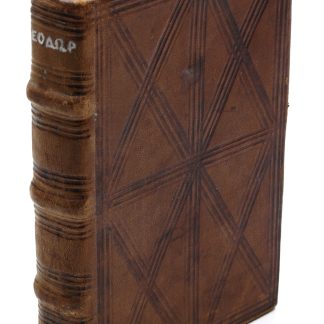