The schism between central institutions and party

From the collection of Marcel Bekus with his small oval stamp on the reverse of the title page. Binding loosened; upper cover and title page loose. A few pencil notes to wrappers, but well-preserved. 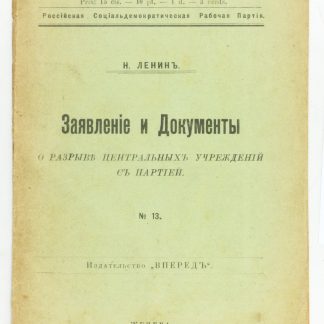