Shanghai in the early 20th century

A photograph album comprising 111 personal photographs of Shanghai, including several images of battleships, various English-language shop signs for local businesses (such as "Hsing Loong Carpenter Mason and Painter"), and 12 photographs showing the burial procession of the mother of Shanghai businessman Pau Ching Po. Also, there are several photographs of the 1911 Xinhai Revolution in Shanghai: in November 1911, Shanghai citizens organised a rebellion and captured the city, establishing the Shanghai military on 8 November that same year. The photographs offered here depict the uprising in the streets as well as scenes of destroyed homes and weapons used when taking the city. The revolution resulted in the overthrow of the last imperial monarchy in China and the establishment of the Republic of China in 1912.

Also includes images of the German Theatre at the Lyceum, founded in 1930 as an amateur dramatics society, a photograph of Prince Adalbert of Prussia (1884-1948) at the Club Concordia in 1904 laying the foundation stone to the new German Club in Shanghai, and three photographs of the wedding of Wilhelm Knappe (1855-1910), the German Consul General in Shanghai from 1899 to 1906.

Very well preserved. Provenance: From the collection of Johannes Gottfried William Schröder (1870-1942). Born in India, the brother of the German poet Rudolf Alexander Schröder grew up in Bremen, trained as a merchant and visited India, China, Japan, and America. He established his own business in Shanghai in 1906. His intimate knowledge of East Asia led him to embrace the philosophy of anthroposophy. 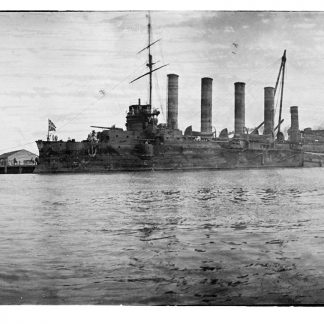