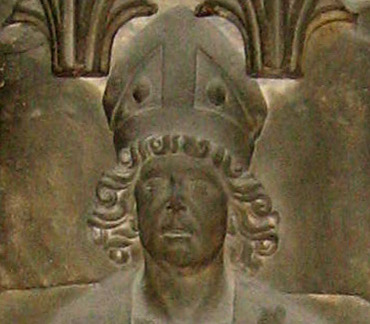 Bernhard von Breydenbach, who came from a knightly dynasty, assumed the position of a canon of Mainz at the age of 10. He received his school education in Mainz and later studied law in Erfurt. From 1483 to 1484 he undertook a pilgrimage to Jerusalem, about which he wrote the famous report "Peregrinatio in terram sanctam". The first illustrated travelogue appeared in German and Latin in 1486 and is considered the oldest authentic European source on the Near and Middle East. Breydenbach undertook numerous trips for the Archdiocese of Mainz, which he represented, among other things, when Maximilian I was crowned King of the Romans on April 9, 1486 in Aachen.