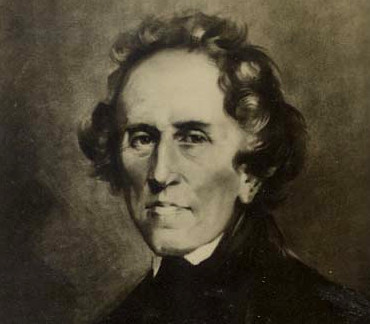 Giacomo Meyerbeer, born Jacob Liebmann Beer, was a German opera composer of Jewish birth who has been described as perhaps the most successful stage composer of the nineteenth century. Meyerbeer's grand opera style was achieved by his merging of German orchestra style with Italian vocal tradition, employed in the context of sensational and melodramatic libretti by Eugène Scribe. His 1824 opera "Il crociato in Egitto" was the first to bring him Europe-wide reputation, but it was "Robert le diable" (1831) which raised his status to great celebrity. He was at his peak with his operas "Les Huguenots" (1836) and "Le prophète" (1849); his last opera ("L'Africaine") was performed posthumously.