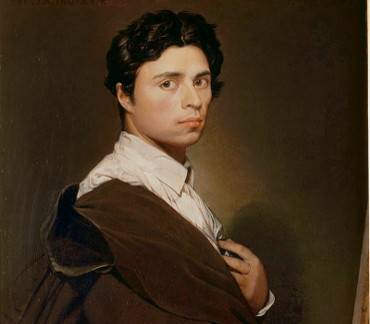 Ingres was a French Neoclassical painter. Although he considered himself to be a painter of history in the tradition of Nicolas Poussin and Jacques-Louis David, by the end of his life it was Ingres's portraits, both painted and drawn, that were recognized as his greatest legacy. A man profoundly respectful of the past, he assumed the role of a guardian of academic orthodoxy against the ascendant Romantic style represented by his nemesis, Eugène Delacroix. Nevertheless, modern opinion has tended to regard Ingres and the other Neoclassicists of his era as embodying the Romantic spirit of his time, while his expressive distortions of form and space make him an important precursor of modern art.