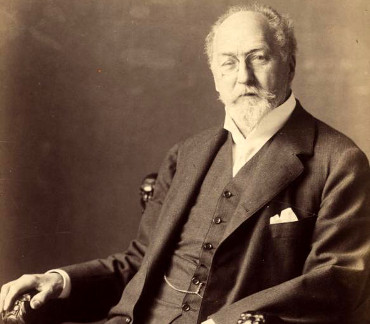 Otto Wagner was an Austro-Hungarian architect and urban planner, known for his lasting impact on the appearance of his home town Vienna, to which he contributed many landmarks. In 1897, he joined Gustav Klimt, Joseph Maria Olbrich, Josef Hoffmann and Koloman Moser shortly after they founded the "Vienna Secession" artistic group. From the ideas of this group he developed a style that included quasi-symbolic references to the new forms of modernity. Wagner’s main works date from around 1900: the Postal Savings Banks and the Steinhof Church. A highly influential figure in the development of Modern architecture, Wagner died in Vienna in 1918.