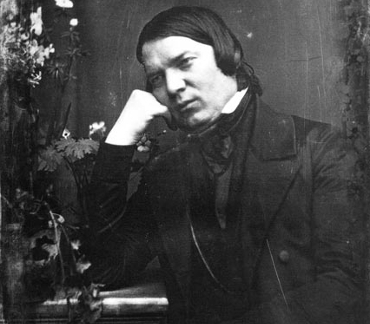 Schumann was a German composer and influential music critic. He is widely regarded as one of the greatest composers of the Romantic era. He suffered from a lifelong mental disorder, first manifesting itself in 1833 as a severe melancholic depressive episode, which recurred several times alternating with phases of ‘exaltation’ and increasingly also delusional ideas of being poisoned or threatened with metallic items. After a suicide attempt in 1854, Schumann was admitted to a mental asylum, at his own request, in Endenich near Bonn. Diagnosed with "psychotic melancholia", Schumann died two years later in 1856 without having recovered from his mental illness.