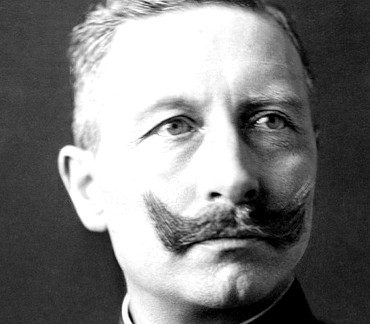 Wilhelm II was the last German Emperor (Kaiser) and King of Prussia. He reigned from 15 June 1888 until his abdication on 9 November 1918 shortly before Germany's defeat in World War I. Wilhelm took control of foreign and military policy with a bellicose "New Course" to cement Germany's status as a respected world power. His regime did much to alienate itself from the other Great Powers by initiating a massive naval build-up, and challenging French control of Morocco. After losing the support of the German military and his subjects in November 1918, Wilhelm abdicated and fled to exile in the Netherlands. He remained there during the German occupation, and died in 1941.