The Lower Austrian government renews its 1566 mandate for general prayer against the Turkish threat.

After the running battles at the Habsburg-Turkish border steadily grew into open war, Rudolf II formally renounced the peace treaty with the Ottoman Empire in October 1592. The Battle of Sissek in June 1593 marked the beginning of the so-called Long Turkish War. 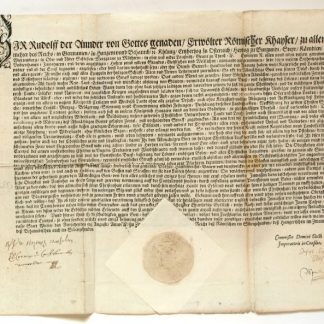