Standard work of artillery training in Switzerland during the 18th century, "used in German military schools throughout the second half of the century" (Jähns). Vogel (1671-1753) had trained as a baker but later became an engineer and then an artillery officer, ultimately serving as inspector of the Zurich armoury.

From the collection of Thomas Fremantle, 3rd Baron Cottesloe (1862-1956), commander of the Territorial Army and president of the Society for Army History Research, with his bookplate. 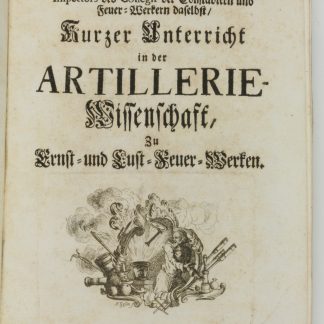