The rare book and manuscript collection of a Franco-Russian oriental scholar, diplomat, and secret agent

Jean-Jacques-Pierre Desmaisons (1807-73), known in Russia as Petr Ivanovich Demezon, was a wide-ranging oriental scholar as well as a diplomat in Russian services. Born in the Savoyard city of Chambéry, the son of the French physician Pierre-Jacques Desmaisons and his wife Suzanne Roux, he went to Russia in 1826, aged 19, to study oriental languages at Kazan and St Petersburg - a career made possible by the recommendation of count Antonio Brignole Sale, the Sardinian ambassador in Moscow.

Desmaisons took a doctorate in 1830 and taught Persian and Arabic at the Russian military academy of Orenburg before undertaking a clandestine mission to the Emirate of Bukhara, where he collected valuable commercial intelligence on behalf of Russia - an achievement for which he was decorated by the Czar.

Appointed professor in the Asiatic department of the Russian ministry of Foreign Affairs in 1836, Desmaisons entered the diplomatic service and was repeatedly posted to Tehran in the 1840s. He was a co-founder of the Imperial Russian Archaelogical Society and received numerous honours from the Russian empire. Although he was naturalized as a citizen of Russia, King Charles Albert of Sardinia granted him the title of Baron in 1848. He retired to Paris in 1857, and it is here where he began work on what is perhaps his most lasting scholarly achievement, a critical edition of the "Kitab-i Shajarah-i Türk" by Abu al-Ghazi Bahadur, Khan of the Uzbek state of Khiva in the 17th century (his personal copy is included in this collection).

Desmaisons passed away in Aix-les-Bains at the age of sixty-six, before having been able to complete his last manuscripts; his translation of the "Shajarah-i Türk" appeared a few months after his death. The manuscript on which his edition is based survives in the present collection. His "Dictionnaire persan-français", compiled during repeated visits to Persia between 1858 and 1869, did not see print until 1908. A number of the published sources he cites in his dictionary are present here: among them the great works of Golius, Meninski, and Freytag. Desmaisons is commemorated by an extensive article in the Encyclopaedia Iranica (by C. Poujol, vol. VII.3, p. 331).

Not only an author and facilitator of scholarly publications, Desmaisons was also an avid collector of books in his elected field. His vast library has survived a century and a half of historical upheavals and is now offered for sale as a collection. It comprises a surprisingly broad range of orientalist works: slight, wrapper-bound offprints of Proceedings of the Russian Archaelogical Society which he helped to found; splendidly bound examples of important standard works such as Walton's great polyglot Bible; a few almost unobtainably rare publications produced for the Greek-speaking markets of the Levant; and, most importantly, a wealth of editions in the original Middle Eastern languages: critical editions by Western scholars as well as some of the earliest editions produced in the East, in Istanbul, Bulaq/Cairo, and Alexandria, in Tehran, Tabriz, Kerbala and other places, sometimes lithographed, more frequently in Arabic letterpress. Several of the printshops here represented made history for being the first presses in the Middle East: J. J. Marcel's Imprimerie Nationale, set up in Cairo in 1798 for Napoleon, and the famous Bulaq press established in 1235 (1819/20), the first Muslim-run printing press in the Arab world. We here mention only the "Tarikh-i Sami ve Sakir ve Subhi" (1783), the first book from the much-sought second series of Müteferrika's revived Constantinople press; the first illustrated medical book ever printed in the Muslim world, the "Hamse-i Sânizade" (Istanbul 1820); and both the rare first and the second edition of the first Western historical text ever translated into Ottoman Turkish, the Bulaq-printed "Katerina tarihi" (Life of Catherine the Great) by Jean Castéra, rendered into Turkish by Yakovaki Efendi.

Equally impressive are the manuscripts in Desmaisons' collection: several Persian manuscripts of Saadi, some dating to the mid-16th century; an early Quran manuscript from Yemen; religious miscellanies of the Hanafite school; and various grammatical and chancery repertoires. Among the volumes offered here is even Desmaisons' privately compiled Arabic-French vocabulary manual, handwritten by himself in 1826 in the first year of his university studies.

The scope and comprehensiveness of the present collection bear testimony to the broad-minded scholarship of the Franco-Russian oriental philologist Desmaisons. It is safe to say that it represents the largest private collection of its kind which has come up for sale in the last decades, and it would be nearly impossible to build a comparable collection item-by-item. Less than a dozen important titles not preserved in Desmaisons' collection as it has survived but known to have been used by him intensively have been inserted into this catalogue by the compilers, so as to present more fully the literature he owned, consulted and worked with. The material here offered constitutes a unique opportunity to acquire a vast scholarly trove built essentially over half a century by one of the nineteenth century's eminent authorities in the field of oriental studies.

A fully illustrated catalogue is available. 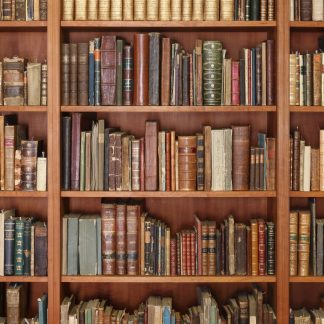