One of the first maps to clearly depict the Abadan Petroleum Refinery, the first oil refinery in the Middle East

Exceedingly rare and classified at the time of release: one of the first maps to depict clearly the Abadan Petroleum Refinery, the first oil refinery in the Middle East. The map of the Khorramshahr-Abadan area of Iran and the lower Shatt al-Arab waterway at the head of the Arabian Gulf was published in the early days of World War I, when protecting the refinery was Britain’s primary objective in the region. Published in Calcutta by the Survey of India, predicated on the best and most recent surveys. Labelled "For Official use only". 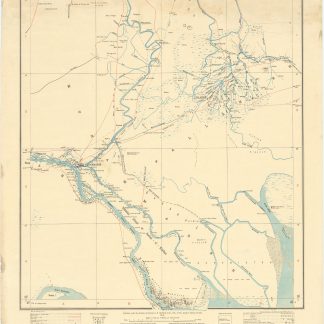