Three treatises on astronomy and mathematics

Sibt (Ibn Bint) al-Maridini (the Elder, 1423-1506) lived in Cairo and Damascus. He served as the muwaqqit (time-keeper) of the al-Azhar mosque in Cairo, and was a pupil of Ibn al-Majdi. His works are often conflated with those of his grandfather, and with those of his like-named son, who died in 1527 (GAL II, p. 468). 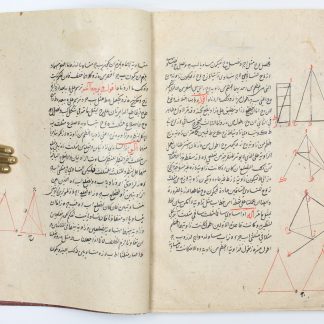