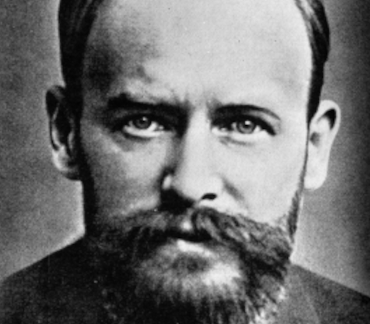 Christian Otto Josef Wolfgang Morgenstern was a German author and poet from Munich. Morgenstern's poetry, much of which was inspired by English literary nonsense, is immensely popular, even though he enjoyed very little success during his lifetime. He made fun of scholasticism, e.g. literary criticism in "Drei Hasen", grammar in "Der Werwolf", narrow-mindedness in "Der Gaul", and symbolism in "Der Wasseresel". In "Scholastikerprobleme" he discussed how many angels could sit on a needle. Gerolf Steiner's mock-scientific book about the fictitious animal order Rhinogradentia (1961), inspired by Morgenstern's nonsense poem "Das Nasobēm", is testament to his enduring popularity.