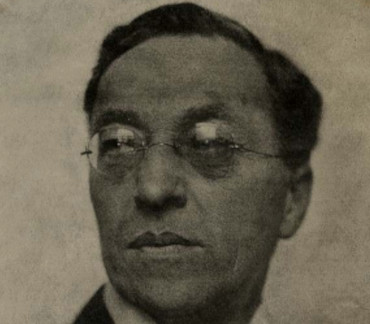 Kaninsky is credited with painting one of the first purely abstract works. Together with like-minded artists such as August Macke, Franz Marc, Albert Bloch, and Gabriele Münter, Kandinsky formed the Blue Rider (Der Blaue Reiter), a movement lasting from 1911 to 1914, fundamental to Expressionism, along with Die Brücke which was founded in 1905. In 2012, Christie's auctioned Kandinsky's Studie für Improvisation 8 (Study for Improvisation 8), a 1909 view of a man wielding a broadsword in a rainbow-hued village, for $23 million.